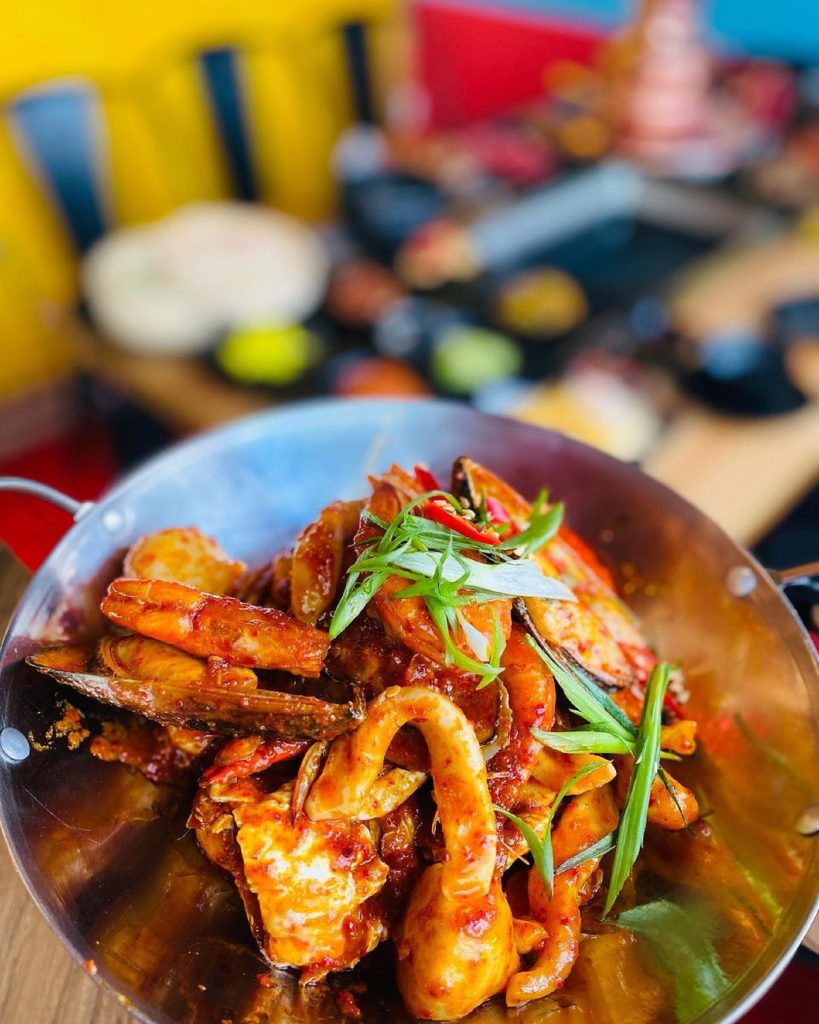 Abu Dhabi, the capital of the United Arab Emirates, is known for its rich culture and delicious food. One of the most sought-after cuisines in the city is seafood. If you’re a seafood lover, then you’ll be pleased to know about Mukbang Shows Restaurant. We have Two Locations in Abu Dhabi.

So what sets Mukbang Shows Restaurant apart from other Seafood Restaurants? . We are the first and only Korean Restaurant in Abu Dhabi. That serves both Authentic Korean Cuisine and Seafood Boil.

Mukbang Shows Restaurant menu features a variety seafood and Korean dishes. that are sure to delight your taste buds. One of the most popular items on the menu is the “Mukbang Seafood and Korean BBQ Combo”. Which includes a variety of off the hook seafood such as crab, shrimp, and Mussels. All Boiled to perfection with traditional Korean BBQ marinades and sides. Another popular dish is the “Jjjampong and Haemul Jeongol “. Which is a must-try for those who love a good kick of heat. As well as the perfect combination of seafood and Korean BBQ flavors.

The Perfect Atmosphere for a Seafood and Korean BBQ Feast

Mukbang Shows Restaurant is not only known for its delicious seafood. And of Course our Korean BBQ and Korean dishes but also for its beautiful and cozy atmosphere. The restaurant’s décor is inspired by traditional Korean restaurants. With Dampa shades of blue and Red, and nautical accents. The restaurant’s in table grills allows guests to cook their own meats.

Mukbang Shows Restaurant is a must-visit destination for bubble tea enthusiasts. We serve a wide variety of delicious bubble tea flavors. Including classic milk tea, fruity options like strawberry and mango. Also to bubble tea, we also offer a selection of fresh fruit drinks. Perfect for quenching your thirst on a hot day. Whether you’re in the mood for a refreshing drink. Or a dinner night out with friends. Mukbang Shows Restaurant has something for everyone.

We have Two Locations in Abu Dhabi If you have not already had the pleasure of dining at Mukbang Shows Korean Restaurant Korean BBQ in Abu Dhabi, and let me tell you, the food will not disappoint! The Striploin steak in Abu Dhabi is cooked to perfection by you!. You cook at your table and we supply the sauce! The flavor is out of this world. Korean BBQ is a must-try for those who love grilled meat and vegetables. We have locations on both Electra Street in Abu Dhabi as well Muroor Road.

What Makes Us Different?

Take a walk through the doors of our restaurant and you’re instantly transported to another world. You’ll feel as though time has stopped, all while enjoying an incredible meal prepared by skilled chefs with traditional Korean recipes! Our menu offers something for every palate: from appetizers such as bibimbap or chicken Katsu ; entrees including bulgogi ( grilled) beef short ribs served over rice.

The second thing that will strike is the food. Your Striploin Steak comes with Korean Bonchon, Rice and Soup. The Steak will find itself cooked perfectly. Everytime you will have the best juicy, flavorful steak . Our sauce is perfect and It adds just the right amount of spice to the dish.

Mukbang Shows has some of the best striploin steak in Abu Dhabi and Dubai. Our Restaurant offers a unique dining experience with an amazing view. You are able to enjoy delicious food and take photos. Don’t forget to post them on your IG and Facebook.

Mukbang Shows Korean Restaurant Korean BBQ in Abu Dhabi is a must-visit for any fan of Korean cuisine. Our food is absolutely amazing, and Our atmosphere is truly unique. The Best dining experience is waiting for you at Mukbang Shows restaurant.

Are you a fan of Korean BBQ? If so, you need to try the ribeye steak at Mukbang Show! Our restaurant is located in Abu Dhabi with two locations. Mukbang Shows Restaurant offers the best Korean BBQ in the city. The ribeye steak is marinated with a special sauce and then grilled to perfection by you!. Served Either Ala cart or Part of our Unlimited premium meats package.

The Best Ribeye Steak in the City

The Mukbang Shows Restaurant signature dish is the ribeye steak, which is marinated in a special blend of spices and herbs. The ribeye steak is then grilled to perfection by you, resulting in a juicy, flavorful steak that will melt in your mouth. One of the things that sets Mukbang Shows Korean RESTAURANT KOREAN BBQ apart from other restaurants is our use of high-quality ingredients. Mukbang Shows Restaurant only uses the freshest meats and produce, which makes a big difference in the taste of our dishes.

If you’re looking for a delicious steaks in Abu Dhabi, look no further than Mukbang Shows RESTAURANT KOREAN BBQ. Our Restaurant is known for its high-quality ingredients and mouth-watering dishes. Be sure to check it out the next time you’re in Abu Dhabi!.

We have two Location in Abu Dhabi. Muroor Road Opposite of Grand Emirates and Electra Street Behind Sun and Sand Sports. Coming soon except to find the Best Ribeye Steak in Dubai 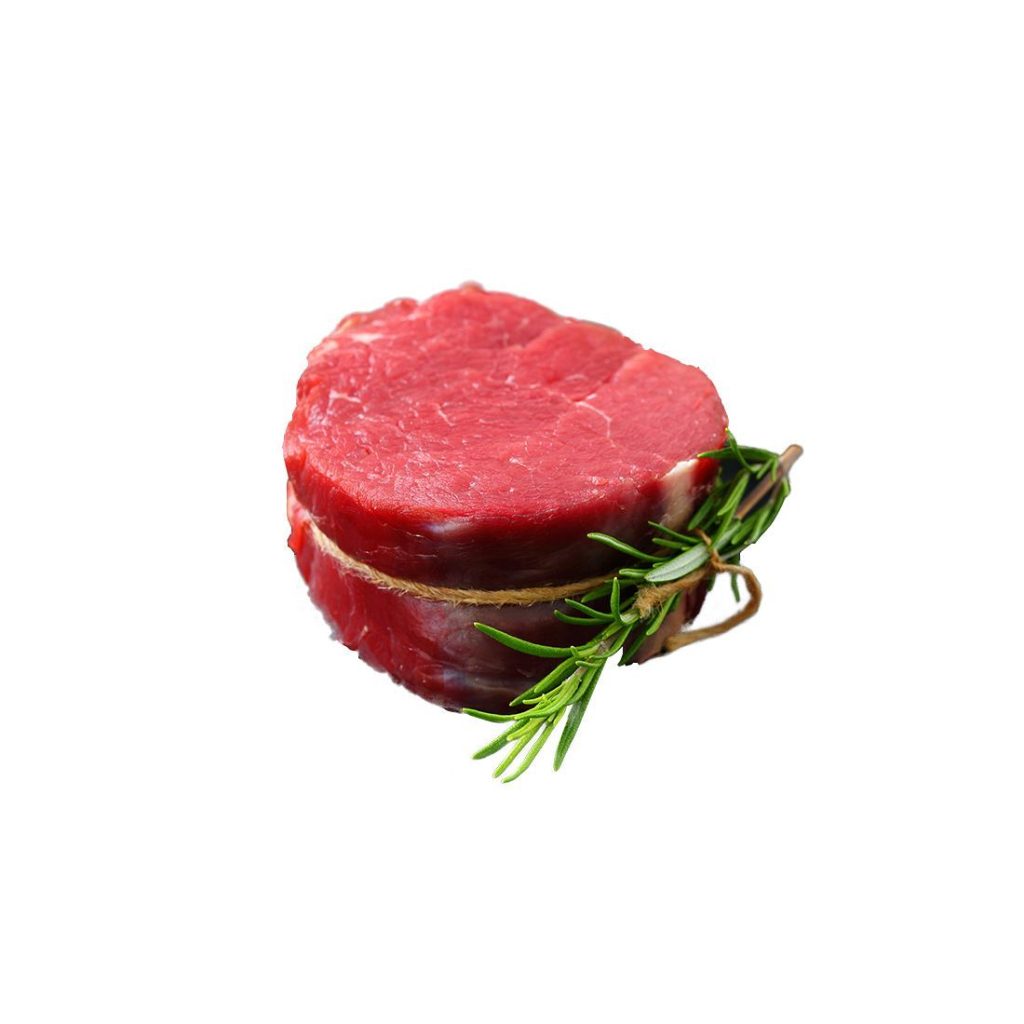 Do you love BBQ Beef Tenderloin Steak? From the moment you enter Mukbang Shows Restaurant , the sizzling sounds and intoxicating smells of Our Korean BBQ will transport you to another world. This Gem is located on Electra Street Behind Sun and Sand Sports.

Why is our Tenderloin the best?

Mukbang Shows Restaurant main menu offers a variety of traditional Korean dishes, but the star of the show is the tenderloin steak. This cut of beef is marinated in a secret blend of spices . Each tables at Mukbang Shows Restaurant is equip with a BBQ Grill. You cook BBQ Beef tenderloin steak yourself resulting in a juicy and flavor-packed steak that will tantalize your taste buds. The steak is served with Korean Bonchan, Soup and will keep you smiling.

If you are feeling extra hungry then try our Unlimited Premium meats. Wagyu, Tenderloin, Striploin and Ribeye.

Your Search for the Best Tenderloin Steak stops here.

If you’re looking for the best BBQ Beef tenderloin steak in Abu Dhabi, look no further than Mukbang Shows Restaurant. This Korean restaurant serves up some of the most succulent and juicy steak you’ll ever taste.

and Muroor Road Opposite of Grand Emirates Market 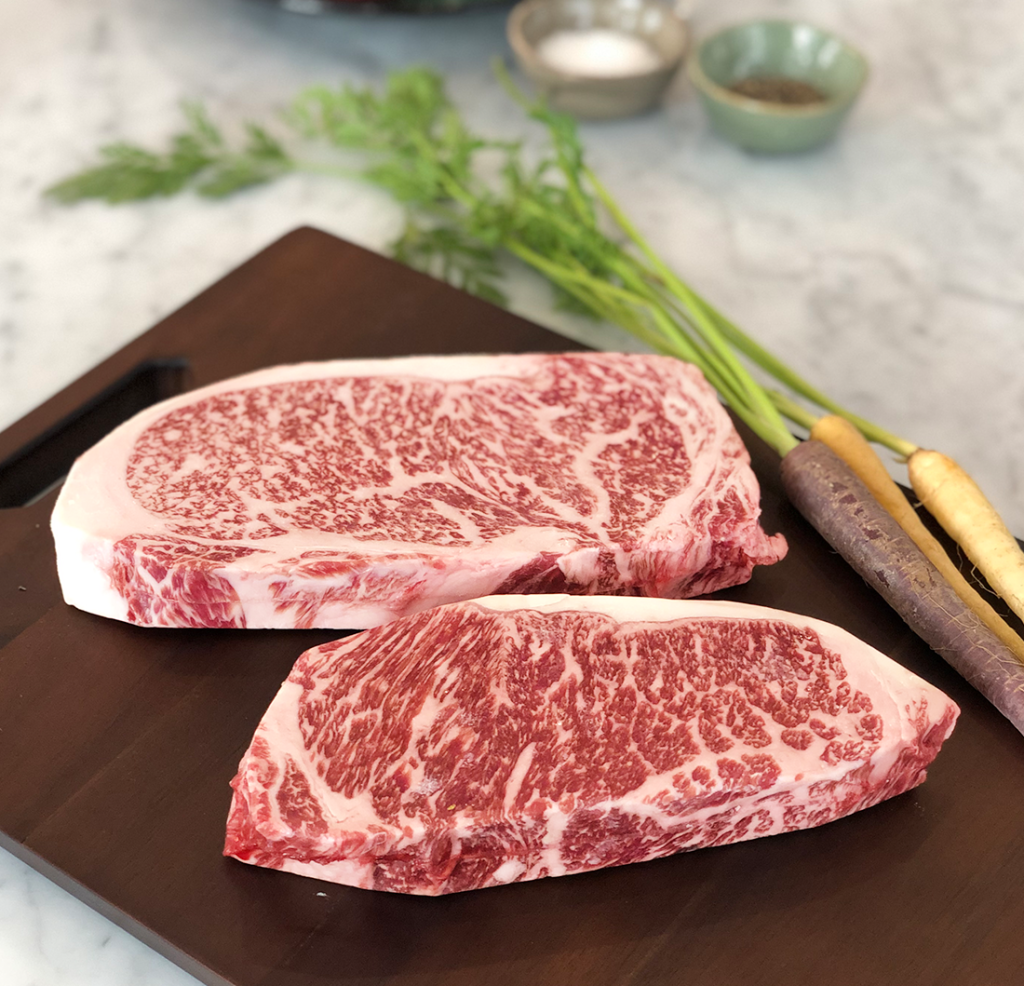 As you know Mukbang shows restaurant is well known for our Korean BBQ. Did you know that we also have top shelf Premium Wagyu beef that you can BBQ at your table?

You haven’t lived until you’ve had Wagyu beef. This marbled, melt-in-your-mouth meat is some of the finest in the world, and there’s no better place to enjoy it than at a Korean BBQ restaurant. If you’re in Abu Dhabi, be sure to visit Mukbang Korean BBQ for an authentic taste of Korea.

You haven’t lived until you’ve had Wagyu beef. This marbled, melt-in-your-mouth meat is some of the finest in the world, and there’s no better place to enjoy it than at a Korean BBQ restaurant. If you’re in Abu Dhabi, be sure to visit Mukbang Korean BBQ for an authentic taste of Korea.

Wagyu beef is prized for its flavor and texture. The word “Wagyu” literally means “Japanese Cow”. This breed of cattle is renowned for its marbled meat. The fat in Wagyu beef melts at a lower temperature than other kinds of meats, which makes it incredibly tender and easy to eat.

All You can Eat Wagyu

Mukbang Korean BBQ offers an all-you-can-eat buffet of Wagyu beef along with Rideye, Tenderloin and Striploin , as well as an assortment of other Korean dishes. Start with some kimchi (fermented vegetables) or namul (marinated vegetables) to cleanse your palate, then dig into the Wagyu. The meat is cooked over our grill, so you can control how well done you like it. Be sure to try a bit of everything—the sweet, savory, and spicy sauces are all delicious! All of this part of our Premium Unlimited BBQ Menu Option. We also offer Wagyu Beef Ala Carte which you can still BBQ at your table.

Don’t forget to save room for dessert! The Bingsu Bubble Tea and Melona at Mukbang are Sweets that can’t be missed!

Mukbang Shows Restaurant now has Two locations in Abu Dhabi. Muroor Road Opposite of Grand Emirates Market and Electra Street Behind Sun and Sand Sports. Soon to open another Branch in Dubai