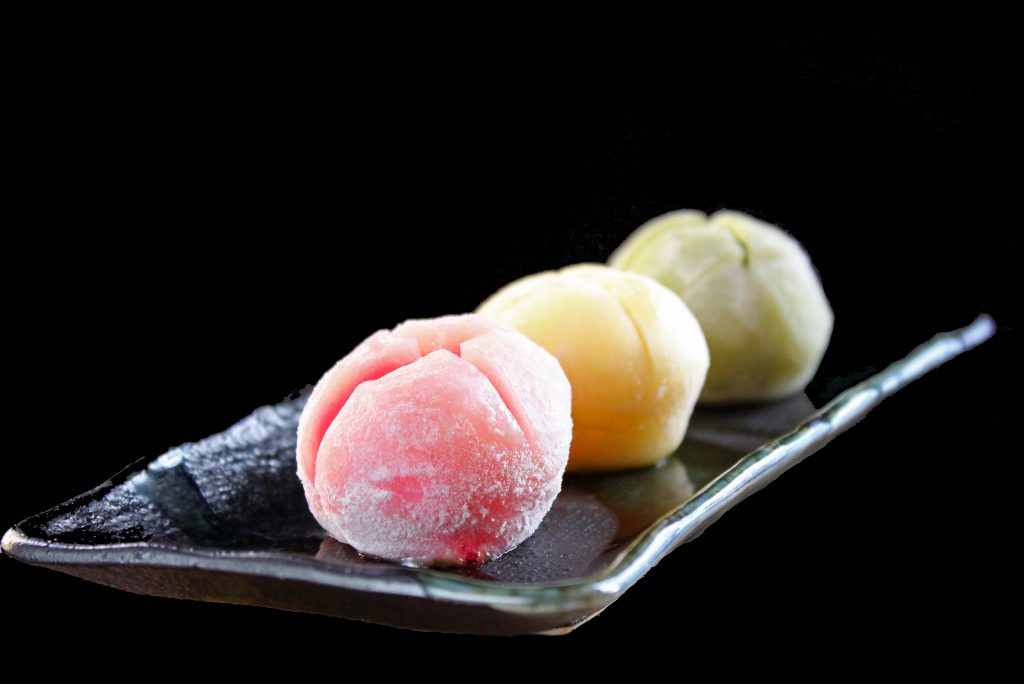 Mochi ice cream is a popular dessert in Japan. It has recently been gaining popularity in other parts of the world. as well including Abu Dhabi and Dubai. It is a small, round ice cream ball that is wrapped in a soft, sweet rice cake called mochi. The combination of the creamy ice cream and the chewy mochi creates a unique texture and taste. One that is loved by many.

What is Mochi Ice Cream?

Mochi ice cream is made by wrapping a small ball of ice cream in a layer of mochi. The mochi is made by mixing glutinous rice flour with water. Then steaming the mixture until it becomes sticky and pliable. Ice cream can be any flavor, but popular choices include strawberry, green tea, and chocolate.

How is Mochi Ice Cream Made?

Making mochi ice cream at home is relatively simple and requires only a few ingredients. First, the mochi made by mixing glutinous rice flour with water and then steaming the mixture. Once the mochi has cooled, it is rolled out into small circles. Then, a small ball of ice cream is placed in the center of each mochi circle. The mochi is wrapped around the ice cream, sealing it inside. The mochi ice cream balls are then placed in the freezer to firm up.

How to eat Mochi Ice Cream

Mochi ice cream is typically eaten as a dessert and is best enjoyed when it is slightly thawed. It can be eaten as it is or it can be lightly dusted with potato starch or cornstarch to prevent sticking. it is best to be eaten with hands. The chewy texture of the mochi and the creamy texture of the ice cream creates a unique experience.

It’s important to note that mochi ice cream should be consumed with care. It can be a choking hazard if not eaten slowly.

In conclusion, Mochi ice cream is a unique and delicious dessert that has its origin in Japan. It is becoming an increasingly popular around the world and in Abu Dhabi and Dubai. Its combination of creamy ice cream and chewy mochi creates a unique texture. And taste that is loved by many. With its easy recipe, it can be easily made at home. Enjoy Mochi ice cream with caution and savor the taste.

The History of Mochi Ice Cream

Mochi ice cream has its origins in Japan and is believed to have been first made in the early 1990s. By a Japanese-American entrepreneur named Frances Hashimoto. She combined her Japanese heritage and American upbringing to create a unique dessert. That has now become a staple in Japanese culture.

The traditional Japanese mochi, also known as “wagashi”, has been enjoyed for centuries. It is made from glutinous rice flour. Mochi ice cream, however, is a more recent creation. And it has been embraced by the Japanese and people around the world as a delicious and unique treat.

Mochi ice cream comes in a wide variety of flavors and fillings. Including traditional Japanese flavors like matcha green tea and black sesame. As well as more Western flavors like chocolate and strawberry. Some mochi ice cream also features a filling inside, like a small piece of fruit or a dollop of cream.

Mochi ice cream can also come in different shapes and sizes. Like a traditional round ball or a flattened, rectangular shape. Some mochi ice cream is also made with a flavored mochi dough, adding an extra layer of flavor to the dessert.

Where to find Ice Cream

Mochi ice cream can be found in Mukbang Shows Restaurant. Both in our Restaurants and you can also order online with Talabat